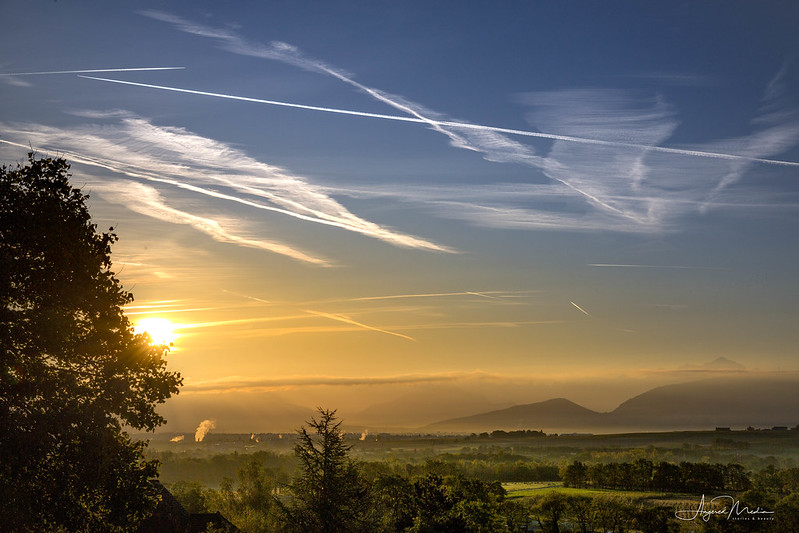 Why I am not Communitas Europe Director anymore

You might have heard it already and yes, it’s true: Yesterday I officially resigned as Communitas’ Western Europe Director. Here’s why. In a nutshell: It’s the same reason why we joined CA in the first place.

A long way to get there

For 15 years I worked in the corporate and medical world. When I then surprisingly was called to study theology I knew right away that I’d never be pastoring a church. Instead, I wanted to keep hanging out with those far from church. Five years later we joined CA, because here we sensed a community that’s passionate about both non-Christians and Christ, therefore they weren’t afraid to think outside the Christian box. We moved abroad and started from scratch: embedding, initiating, gathering, maturing: How do we get the attention of those again who see Christianity weighed and found wanted? Accepting the challenge of church planting abroad led us to one of the most difficult and yet best times of my professional career.

Years later I was invited to step into the role as CA’s Western-Europe Director. For me, that was nothing but “church planting on a higher level”:

Embedding (now in European cultures and developments – which differ tremendously in the 22 countries of “my” former region),

initiating (i.e. contextualizing the Gospel in various forms to get people’s attention and interest again),

gathering (for this is a mega-mammoth task in our diverse and fast changing continent, there are no fast solutions and we simply need all creative teams and outside-the box-thinkers or thought leaders we can get),

hubbing (how can we connect to local or national partners of various forms?),

and extending (having in mind that we as pioneers only build temporary paths and bridges in unmapped territory that might be improved by those who follow).

“Paving the way for the church of the future is an extremely exciting task.”

Paving the way for the church of the future is an extremely exciting task. I love to travel, to flourish in international thinking and I enjoy learning, even hard truths. I was delighted by my fantastic team, the FEAST, and it was fun to develop corresponding approaches like Explore or “the three circles”. This world is changing so fast and we need to keep up with it if we don’t want to miss the boat. Only a few years ago I wrote a series about “new characteristics of the church of the future“, I don’t know whether it was prophetic or just logical to me, but today it surprises me that most of it is already coming true.

What appeared to be the “church of the future” is already becoming the church of today. Mission work has to adjust to this by remaining extremely alert. Thinking in 2020 about the church of tomorrow requires sharpening our missional, theological, and creative skills. We need a global gospel that responds to the very inconvenient and existential questions that the young generation is raising. Our hope must grow much greater than just for individual souls, and our discipleship has to equip people to remain resilient in the future rather than concerning them too much with issues Luther was struggling with. Corona is not the crisis. Corona is just an indicator, an alarm buzzer that nudges us to change our course if we don’t want to end up in much deeper crises.

This kind of thinking is always at the core of my ministry.

Changing organizations in changing times is always a challenge, and changing Christian organizations is a particular one. Many Christians consider conserving customs as more “biblical” than changing them. The Missio Dei, however, the Mission of God, never seems to conserve habits. Jesus challenged his world massively, his views about traditions, money, the marginalized or the temple were deeply disturbing for the conservative leaders of his time. Missionaries today are still part of the Missio Dei and therefore called to think outside the box. That’s why we joined CA and work with Communitas.

Over time, though, I realized that many international leaders of Communitas cannot really comprehend a region like Western Europe with 22 different countries, particular histories, and distinct political systems, with many languages and plenty of local cultures. Nobody is to blame for that, we all see and interpret the world from where we are.

The confusion came in when it got increasingly nebulous around questions around the interplay between different Communitas leadership teams like the board, the SLT, the GAT, the FEAST and so forth. What are their respective mandates? Who decides what? Since 2016 I’ve been struggling with these questions, at great emotional costs.

Additionally, Communitas seemed to get much more concerned about administering itself rather than ploughing the missional opportunities I mentioned. Time and again I found myself in a bubble with a lot of structural discussion while I observed the world outside spinning faster and faster. It felt to me that we were losing focus. Over the course of several years, the combination of these three issues drove me crazy.

Eventually I took a Sabbatical to get my soul rooted again in what really matters to me. I assumed to come back as Europe Director, yet with changes and adjustments, for with a decreasing support I might only have two years left (hopefully more), and I want to make this time count. I want to be a good and faithful servant, although I don’t always succeed with it.

“I really want to make the time I got count.”

Just recently my confusion was completed. I had to step out of that bubble, meaning to officially resign as Communitas Europe Director. I’m too passionate about Non-Christians and Christ, therefore I need to think outside the Christian box again.

It’s easier to start with what’s not changing. I will keep teaching at ALT like I have for the past 11 years. This challenges my mind and keeps me thinking academically.

Personally I will also remain involved in church planting. Our project “Faith & Doubt” keeps my feet on the ground and my hands dirty.

The time won through leaving organizational obligations behind me I will dedicate to more creative projects, like podcasting and photography. I’m also really hoping to re-enter the realm of film making again.

And then there’s still 25% of my time left. As long as my funds allow it, I’d like to dedicate this chunk to you, my friends and Communitas colleagues here in Europe. I tried to explain earlier the core of my thinking, which won’t change. I want us all to keep working with that, missionally, theologically, and creatively. We need each other as we learn together and challenge and encourage each other. Let’s keep paving the way for the church of the future, and let’s show the world some beautiful results.

Last but not least I need to express my huge gratitude to the FEAST that I have so proudly worked with since December 2014. Thank you April, Richard, Dave, Remko, Wes, Mike, Rochelle, Monique, Stefano, and Andrew.

Don’t regard it as an end. See it as a new beginning.